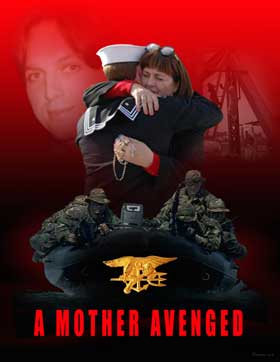 A Mother Avenged, and SEALs Viindicated

Navy SEAL Matthew McCabe, a Second Class Petty Officer (E-5), was found not guilty of all charges by a seven-member panel of military members (the military equivalent of a jury) at his court-martial, held in Norfolk, Virginia.

McCabe had been charged with assault, dereliction of duty for willfully failing to safeguard a detainee, and making a false official statement in connection with the investigation.

Matthew McCabe was the third of the three SEALs to face court-martial. He was charged with mistreating Iraqi detainee and suspected terrorist Ahmed Hashim Abed after his capture last September.

McCabe was the only one of the three charged with actually striking Abed. The other two, Petty Officer 1st Class Julio Huertas and Petty Officer 2nd Class Jonathan Keefe, were also found not guilty of all charges at their individual courts-martial conducted last month in Baghdad.

Abed is in Iraqi custody. He is suspected of being the mastermind behind inciting a street crowd in Fallujah to commit the brutal murders of four Blackwater security guards who were escorting a food shipment through Fallujah in 2004. Their bodies were burned, dragged through the streets behind a vehicle, dismembered with machetes, and two of the bodies were hanged from a bridge over the Euphrates River outside Fallujah, sparking international outrage.

No Shots Fired in Capture

After successfully capturing this animal without firing a single shot last September, these three Navy SEALs faced courts-martial and potential loss of their careers (as well as possible imprisonment).

Why? Because the terrorist claimed to have been punched and kicked. The only evidence, however, was a cut on the inside of his lip, an injury which could easily have been self-inflicted in a move straight out of a terrorist training manual. Our troops have found that captured terrorists will frequently injure themselves, so they can claim mistreatment at the hand of their captors.

McCabe, Huertas and Keefe were originally recommended for non-judicial punishment (NJP). At NJP, rules of evidence do not apply and lawyers are not present. The commanding officer hears the evidence, decides their guilt or innocence and then imposes a sentence (within specified limits depending on the rank of the CO).

Expecting to be vindicated, however, the three SEALs exercised their right to refuse non-judicial punishment (called Captain's Mast in the Navy, Office Hours in the Marine Corps, and Article 15 in the Army and Air Force) and instead demanded trial by court-martial.

The members (three enlisted sailors and four officers) deliberated just an hour and forty minutes before returning the not guilty verdicts. Apparently, they found the stories of the prosecution witnesses not believable, as had a panel of members in Huertas' trial and a military judge in Keefe's trial in Iraq.

The question now is this: How much damage has been done to these young men's military careers?

If you would like to add your comments concerning these SEALs and the cases against them, please click on the link below.

If you would like to contribute to the defense fund set up to help these young men pay the tremendous cost of their legal defense, click the link below that says "Return to Free the SEALs," and you will find on that page a link to make a contribution to their defense fund.