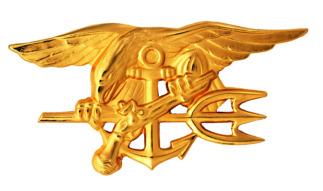 U.S. Navy SEAL, Petty Officer 1st Class Julio Huertas was found not guilty of dereliction of duty and impeding an investigation today by a six-man Navy panel of members (jury) in Baghdad. The court-martial was conducted at Camp Victory, on the western edge of Baghdad, after the U.S. government refused to bring the alleged victim, Ahmed Hashim Abed, who is in Iraqi custody, to the U.S. to testify.

The panel deliberated just two hours before returning the verdict in the first court-martial of the three SEALs who were accused of mistreating Abed. Huertas is the most senior of the three.

The members indicated there were just too many discrepancies between the account offered by Petty Officer 3rd Class Kevin DeMartino, who reported the alleged abuse, and that of the other witnesses who testified. DeMartino himself testified that he initially lied during the early stages of the investigation, thereby impeaching himself and casting serious doubt on his testimony.

The three SEALs were accused of mistreating a high-value terrorist target following his capture last year. Ahmed Hashim Abed was suspected of being the mastermind behind the brutal torture and killing of four Blackwater employees in Fallujah in 2004, two of whom were former SEALs. The four were escorting a shipment of food through the troubled streets. The incident sparked international outrage after photographs were published showing two of the mens' bodies hanging from the trusses of a bridge, after having been dragged through the streets behind a vehicle.

Petty Officer McCabe's court-martial is scheduled for May 3 in Norfolk, Virginia. McCabe's attorneys did not ask for his trial to be moved to Baghdad, saying they have no need to question Abed.

The charges against the three SEALs were referred to Special Courts-Martial after they refused Captain's Mast, a nonjudicial punishment proceeding in which their guilt or innocence, and their punishment, would be determined by a senior officer, usually their Commanding Officer. The SEALs knew the only way to save their careers was to be exonerated at court-martial.

Once they exercised their right to demand trial by court-martial, the government had to either institute court-martial proceedings or drop the charges altogether. There has been an outpouring of support for these SEALs, with a number of members of Congress unsuccessfully urging the military to drop the charges.

If you'd care to leave comments, or messages of support for the SEALs, you may do so by clicking below on the link that says "click here to post your own comments." Keep it clean. We reserve the right to delete any comments we deem offensive or abusive.

If you'd like to contribute to the legal defense fund established to help these SEALs pay the costs of defending themselves, you may do so here:

Donate to the Free the Seals Warrior Defense Fund.