Track Santa on His
Trip Around the World
on Christmas Eve

You can help your children track Santa as he makes his journey around the world on Christmas Eve, delivering presents to all the good little boys and girls.

Since 1955, NORAD (the North American Aerospace Defense Command) has helped boys and girls around the world in their quest to track Santa on his annual journey.

According to Pentagon Press Secretary Navy Rear Admiral John Kirby, the Department of Defense and the Canadian Forces, along with the FAA and NAV-CANADA, will all cooperate to ensure Santa's flight is problem-free.


Be Sure You're in Bed Early

Adm. Kirby says Santa makes his North American rounds sometime between 9 p.m. and midnight, so you'll want to be sure you're asleep by then, or he'll have to skip your house.  We definitely don't want that!

So this is one night you don't want to argue when Mom & Dad say it's time for bed!

Official NORAD Tracks Santa apps are also available in the Windows, Apple and Google Play stores, so parents and children can countdown the days until Santa’s launch on their smart phones and tablets.

Starting at 12:01 a.m. MST on Dec. 24, website visitors can watch Santa make preparations for his flight. NORAD’s “Santa Cams” will stream videos on the website as Santa makes his way over various locations.

Any time on Dec. 24, Windows Phone users can ask Cortana for Santa’s location, and OnStar subscribers can press the OnStar button in their vehicles to find Santa.

NORAD's Santa Tracking Due to a Typo

NORAD Tracks Santa started in 1955 when a local media advertisement in Colorado Springs invited children to call Santa direct -- only the number was misprinted. Instead of reaching Santa, the phone rang through to the crew commander on duty at the Continental Air Defense Command Operations Center. Thus began the tradition of answering children's questions about Santa, which NORAD has carried on since it was created in 1958.

Radar, Satellites and Jets - oh my!

According to Air Force Master Sgt. Chuck Marsh, spokesman for the NORAD Tracks Santa program, the Santa tracking team will use radar, satellites, jet fighters and special cameras to keep track of the jolly old man on his journey.

The volunteers work two-hour shifts but usually stay longer out of excitement, said Marsh, adding, “We couldn’t do this without them.”

Volunteers also talk to children all around the world from NORAD by email at noradtrackssanta@outlook.com, Facebook posts, Twitter tweets, Google-Plus and even via OnStar operators.

“We're expecting more than 1,250 American and Canadian uniformed personnel, [Defense Department] civilians, family members and members of the local community to volunteer their time Dec. 24 to answer the thousands of phone calls and emails that flood in,” Marsh said.

Volunteers received more than 117,000 phone calls during the 23-hour timeframe, he said, and responded to more than 9,606 emails and some 800 inquiries through OnStar. 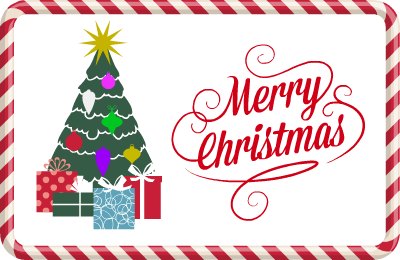