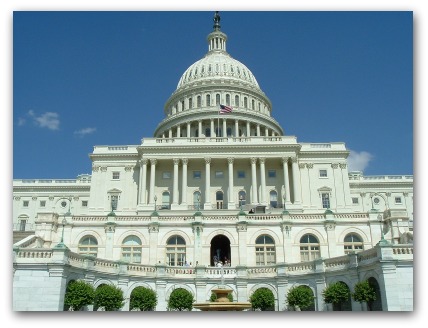 For the first time, Congress has passed a measure that would protect military paychecks and ensure that active duty and reserve service members get paid on time despite the government shutdown.

Although this is the 18th time the U.S. government has shut down in the past 37 years due to expiration of funding legislation, it is the first time that service members will continue to be paid as usual.  In previous closures, military paychecks have been delayed.


In an embarrassing display of partisan bickering, Democrats and Republicans failed to reach agreement yet again on funding for the federal government.   Both parties can be heard making impassioned speeches blaming the other for the shutdown.

Yet they apparently have heard the outcry from the American public about the irony and unfairness of using active duty military service members as pawns in their political games and adding even more stress to the lives of military families who have been in a combat cycle for more than twelve years.

The Republican House passed the measure unanimously early Sunday morning (who would want to be seen voting against it?), and the Senate agreed on Monday afternoon.  President Obama is expected to sign the bill when it reaches his desk.

I’d like to think the change is due to the fact that members of Congress realize the hypocrisy of not paying active duty service members (some of whom are deployed to combat zones) while they themselves collect their pay uninterrupted.  By Constitutional amendment, Congress is protected against a pay cut.  How convenient.

But I’m much too cynical to believe that is the real reason.  I think the real (pragmatic) reason is that they are acutely aware that it is only 13 months till mid-term elections next fall, and some of them are vulnerable to losing their jobs.

I think it’s time for a Constitutional amendment that members of Congress are subject to all laws they pass, and that they have no authority to exempt themselves or anyone else.  If it’s the law of the land, then all those present in the land should be required to abide by it.

Some DOD Civilians to be Furloughed

Roughly 800,000 or  so “non-essential” DOD civilians would be furloughed without pay during the shutdown.  The question remains unanswered whether they would receive back pay when the shutdown ends.

So if your spouse is a DOD employee who may be considered “non-essential,”  your family may be facing the possibility of serious financial ramifications, unless you have enough of a savings cushion to get you through the shutdown.

Military retired pay is funded separately and is not affected by the government shutdown.   Retirees should continue to receive their checks as usual.

Retired pay, however, may be vulnerable in the event of a debt ceiling crisis, which could occur later in the month when the government’s authorization to borrow money expires.  We’ll just have to wait and see.

But for now, the most pressing financial worry for military families has been alleviated.  Thank you, Congress, for using your common sense for once.

What Does a Government Shutdown Mean to Military Paychecks?