Kilmer Confesses He is A Coward 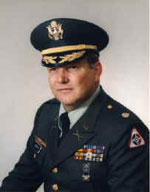 When you read between the lines of what Kilmer says, he's saying he was and is a coward because he did NOT serve in the "real" military, and he was afraid of combat. He shrugs it off with belittling our veterans as "punks" and "borderline criminals", which tells me that he uses this as an excuse because he, obviously, is not a punk or criminal.

I served in Vietnam, in the Marines, as an infantryman with the 9th Marine Regiment in 1965-66. I enlisted upon graduation from High School, was on the wrestling and track teams, and was not a "borderline criminal" (unless you talked to my girl friend's parents).

Since then I served 26 years as a police officer, serving in patrol, SWAT, bomb squad, and flew 3600 hours in police helicopters. I achieved my BS degree, spent 25 years in the reserves, retiring as a Lieutenant Colonel with both Infantry and Intelligence MOS's.

I've written over a dozen books, two of them best sellers, and achieved other things. Almost all the vets I know from all branches have done similar things. All were successful.

I never met ONE dope-smoking, bearded, long-haired field-jacket-wearing deranged Hollywood "Vietnam Vet". I wonder what he thinks of our Iraqi and Afghanistan and Somalia and Beirut and Panama vets?

And Kilmer, I hope you read this. I did my share of killing, and playing a cowboy in the movies shooting blanks does not qualify as "experience".

Join in and write your own page! It's easy to do. How? Simply click here to return to Val Kilmer.