Delusional People Rarely Recall What They Have Said 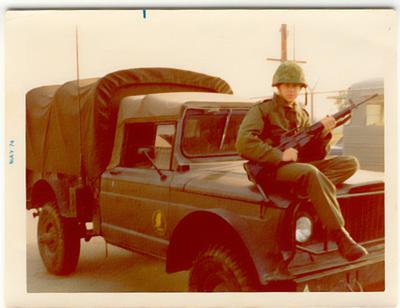 Kilmer is definitely deluded if he believes he understands what went on in a Vietnam Veteran's mind as he watched his buddies die.

The best possible script which we didn't have in 'nam cannot describe the horror of seeing what remains of a man after he steps on a "Bouncing Betty," or has his legs shot off by a machine gun an hour after telling you about the football scholarship he turned down from Yale because he wanted to be a Marine.

I wonder if Val could understand what it's like to help pick up body parts after a truck load of men runs over a land mine? Or, how about one person being hit by a mortar and, you find his left leg but nothing else. I doubt it.

I wonder if his actor's training would prepare him for falling into a punji pit while carrying a 50 cal. machine gun and wearing a full field pack. Not likely.

Or, what radio operator's felt like wearing a PRC-25 on their backs. I've heard it described as wearing a bulls eye on your back. Probably wouldn't understand.

I wonder if he would understand the torture and torment that some of our men went through while in the hands of the Cong. I seriously doubt it.

Nope. Kilmer is one deluded person if he believes he understands it better than a Vietnam Vet who was there.

Then to say he never made those comments. Sounds like some very serious back-pedaling to me. This guy just isn't right in his head. And, if he didn't make these comments, . . . Who did?!

BTW I am not a Vietnam Vet, just a Vietnam Era Vet. I just came very close to going. I have many friends who are, some of whom still suffer the effects of having been there. Something I doubt Kilmer would understand either.

The incidences that I mentioned are things I have heard from Vietnam Vets who were there. Most of whom volunteered to go because they believed it was right.

Join in and write your own page! It's easy to do. How? Simply click here to return to Val Kilmer Responds.