Congress: If You Vote for Healthcare Reform,
We Will Defeat You

Just Vote Them Out!

We here at the Tea Party Express have a message for Congress today:

You vote for this healthcare bill, and we won't vote for you in November.

Not only will we not vote for those Members of Congress who support this slide towards socialism, we will work actively and determinedly to ensure your defeat.

Don't believe us - ask Harry Reid. We here at the Tea Party Express have spent nearly $500,000 so far in our efforts against Reid's re-election, and he has some of the worst poll numbers for an incumbent Senator right now.

So who's next? Here's our promise to you:

Vote against our Constitution and we will work hard to remove you from office.

To those who support our efforts here at the Tea Party Express, we are now just 6 days away from the "Showdown in Searchlight" mega-tea party kickoff for our huge "Tea Party Express III: Just Vote Them Out" tour.

Support our campaign fund to target the worst offenders in Congress.

Join in and write your own page! It's easy to do. How? Simply click here to return to Sound Off!. 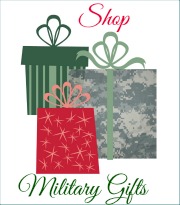