Rode his disabled jet to the ground to save others 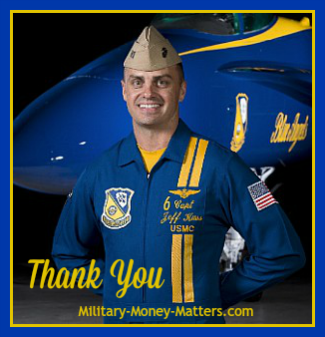 Blue Angel #6, USMC Captain Jeff Kuss of Durango, Colorado, became a verifiable hero on June 2, 2016, when he made a deliberate decision to ride his disabled jet to the ground, in order to steer it to a clear area to protect those on the ground, and sacrificed his own life instead.

The Blue Angels had just begun their Thursday afternoon air show practice in advance of the Great Tennessee Air Show in Smyrna, Tennessee, southeast of Nashville.  The famous Blue Angel Diamond (#s 1-4) took off for their first maneuver, followed by the Lead Solo (#5) doing a dirty roll on takeoff, and Capt. Kuss, the Opposing Solo (#6), performing his low transition on takeoff, followed by aileron rolls as he climbed to altitude and pulled his jet over the top, reversing his direction and heading back towards the runway.

Unfortunately, something went horribly wrong during the maneuver, and he was unable to pull out of the steep descent.  The Navy and the FAA have begun an accident investigation to determine the cause of the mishap. 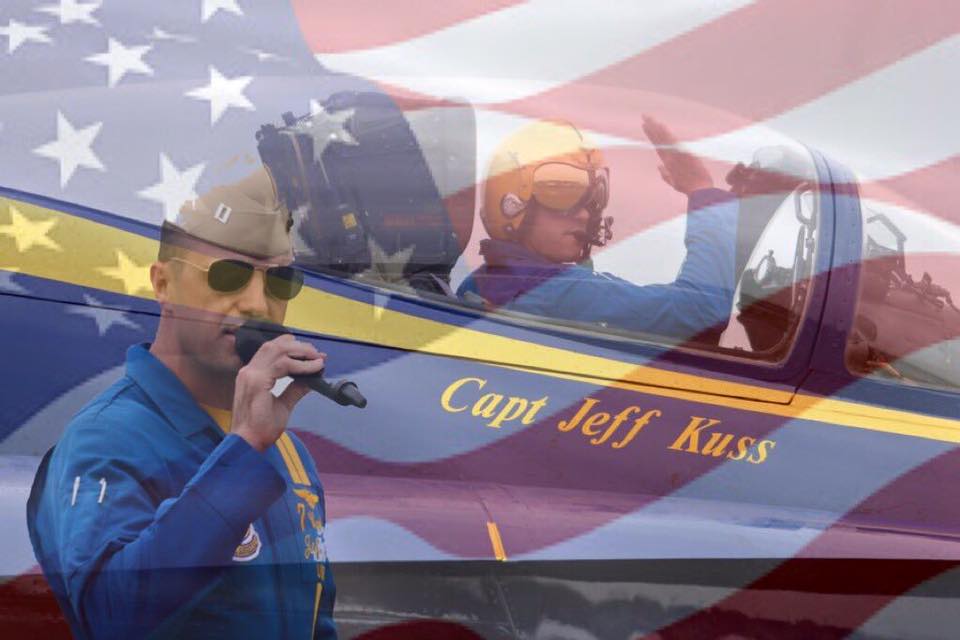 The best of the best, living his dream

Jeff Kuss was a son, husband, father of two, an Afghanistan veteran, and a consummate gentleman.  (I've noticed that seems to be a hallmark of Marine officers I've known.) 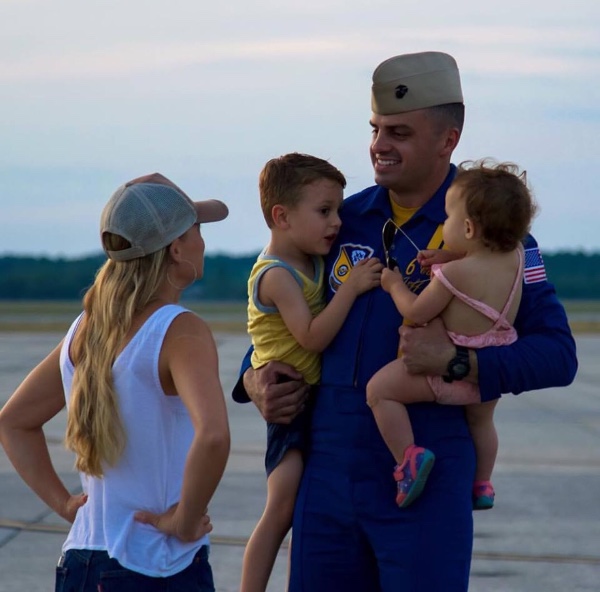 Because of his assignment to the Blue Angels, I had the privilege of spending some time with and around Jeff, and I can tell you that he was an outstanding representative of our Blue Angels, the U.S. Navy, and the U.S. Marine Corps.  He was the kind of man that any parent, wife, or child could be proud of.

He represented the best of the best our country has to offer.  Jeff Kuss was an inspiration to many, both during his life, and now, especially in his death.

His family said that Jeff was living his dream - he always wanted to fly, and made his first solo flight before he got his driver's license.

For the past year, he was the narrator for the Blue Angels Air Shows, flying jet #7. 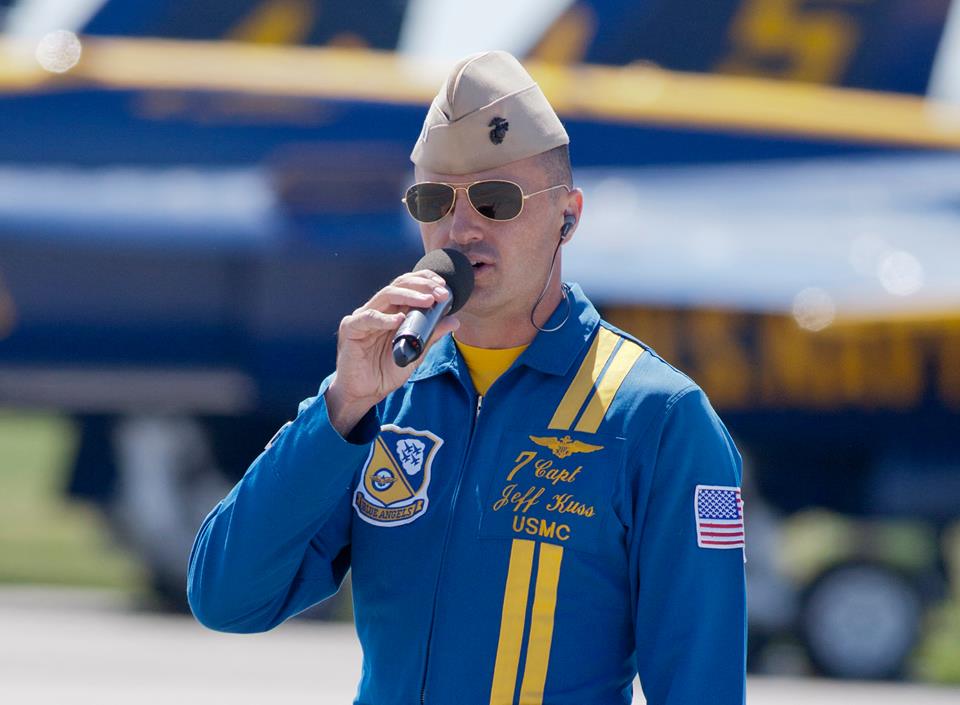 Part of the job of Blue Angel #7, the narrator, includes providing "media flights" at air show venues.  Typically, at each air show site, a few lucky local media reporters or other local celebrities are selected for the thrill of a lifetime - a backseat ride in the Blue Angels #7 jet.

One of those who was fortunate enough to experience a ride with the Blue Angels last year remembered that as Capt. Kuss went through the pre-flight brief with her, he pointed out the ejection handle, and then commented that he would never use it unless he could be sure his jet would come down in a clear area.  Clearly, his decision was made long before the fateful flight in Smyrna.

Became a hero through his selfless actions

Aviators are taught that if their aircraft becomes disabled and is coming down, they should do their best to steer it to a clear area in order to avoid casualties on the ground.  That is exactly what Jeff Kuss did, and it cost his children their father.  He sacrificed his own life in order to keep people on the ground safe.  This was confirmed by many witnesses in the area of the crash site.

One woman mentioned that "he managed to avoid a school, two subdivisions, a bowling alley full of kids doing free bowling, an apartment complex and two gas stations.  He went down in a small cotton field adjacent to a Civil War historic home in the center of all those.  Truly 'others before self.'"  Truly a hero.

It was very touching to read several postings on Facebook from people who said that basically, through his actions, Jeff had saved the lives of their loved ones, who were in one of those buildings that he managed to avoid.  To the people of Smyrna, and many more throughout the country, Jeff Kuss will always be a hero.

A postage-stamp of space in a crowded urban environment

As I have read news accounts and press releases and Facebook posts over the past week, lauding Jeff's actions in avoiding all the obstacles in his landing path, I marveled at his courage and calm airmanship.  Today, I happened to see a video of the crash site which brought home just how small the area was where he had steered his jet prior to the crash.

Here's a frame from that video.  See the apartment complex in the foreground, and those two buildings on the far side (to the right of center, both partially hidden by the trees)?  And see the ground blackened by the path of the jet in between?  How in the world did he manage to go between them?!  (Superb training and outstanding airmanship skills.) 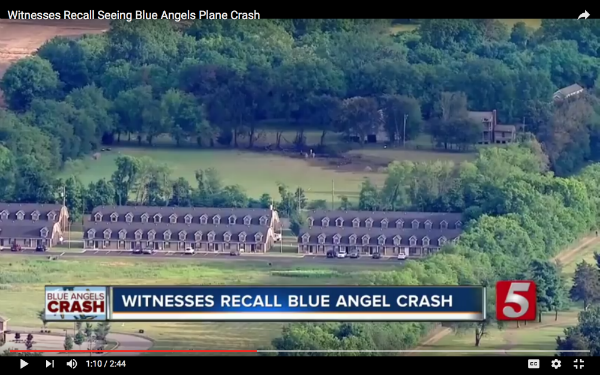 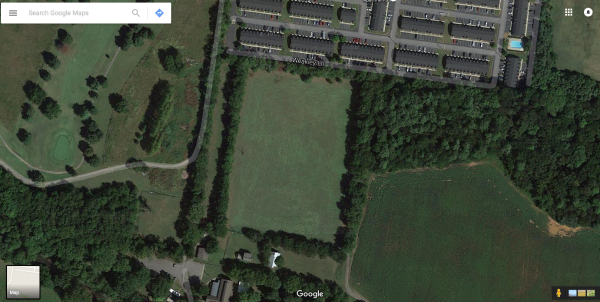 And it really drives home what a hero he was to find that postage stamp and make sure his jet went down in it, when we zoom that image out and see what a crowded urban environment it was in!

The end of the runway from which he had just taken off is at the upper left in this image.  The two yellow arrows point out the cotton field where the jet came to rest.  Immediately to the north is an apartment complex, and immediately to the south is a Civil War-era historic home.  He missed both.

Jeff Kuss is a hero for the way in which he lived his life, and for his final decision to save innocent people on the ground, even though it meant he would not survive.

There is a GoFundMe page set up to accept donations to help this young family.  It is a legitimate page, set up by Jeff's sister-in-law, so you can donate with confidence that the money donated will reach the family.

While money cannot give the family what it most desires, and that would be having Jeff back, it can help make the future less uncertain for them, and relieve some of their worries during this difficult time.

There is also a We the People petition at whitehouse.gov asking that he be considered for a Distinguished Flying Cross, which is awarded to "any person who, while serving in any capacity with the Armed Forces of the United States, distinguishes himself or herself by heroism or extraordinary achievement while participating in aerial flight. The performance of the act of heroism must be evidenced by voluntary action above and beyond the call of duty."

We'd say Capt. Kuss certainly distinguished himself by heroism or extraordinary achievement while participating in aerial flight.  The petition must reach 100,000 signatures by July 3 to receive a response from the White House.

Rest in peace, Kooch (his call sign).  You will be remembered and you will be missed. Bravo Zulu, Semper Fi.

Once a Blue, Always a Blue (and now a Heavenly Angel). 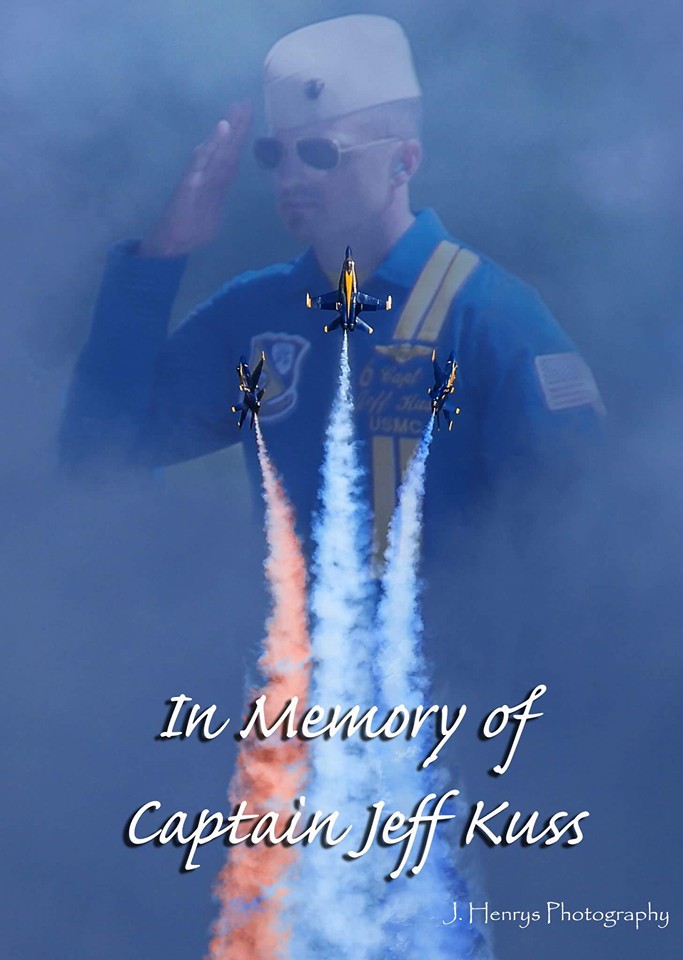