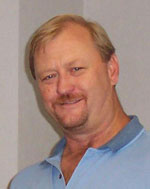 They ended the draft before I turned 18.. and to this day I have mixed feelings about not joining up. I missed out on so much in the area of discipline, training, comradeship.. I honestly think I matured far later than I would have with military time..

That said, I never risked my life in combat and I suppose that's not entirely bad.. :-)

But to the point:

Every man and woman who ever put on a uniform, ESPECIALLY those who were drafted and chose not to RUN like a coward, I salute you and thank you and will always be grateful to you.

And to those who lost friends, limbs and other things because of combat, I pray God has recompensed you for your loss, because we at home in America CANNOT. You've given too much. Thank you, a thousand times over.

As for you, Mr. Kilmer, you couldn't tie the SHOES of those men, let alone represent them on screen with anything like reality. If you had been a young man back then, I have NO DOUBT you would have wound up in Canada, Mexico or Europe, like so many other 'men' I know who were at that age then..

I give you, Mr. Kilmer, two extended fingers.. and never again will I watch, buy, rent or recommend ANY movie you're in or ever will BE in. Go to hell.

Your interview quote will make a great billboard ad for your opponent in that campaign you're considering. I'm over here in Dallas and will drive over and volunteer for him, or her, and I don't even care who it is.

Join in and write your own page! It's easy to do. How? Simply click here to return to Val Kilmer.